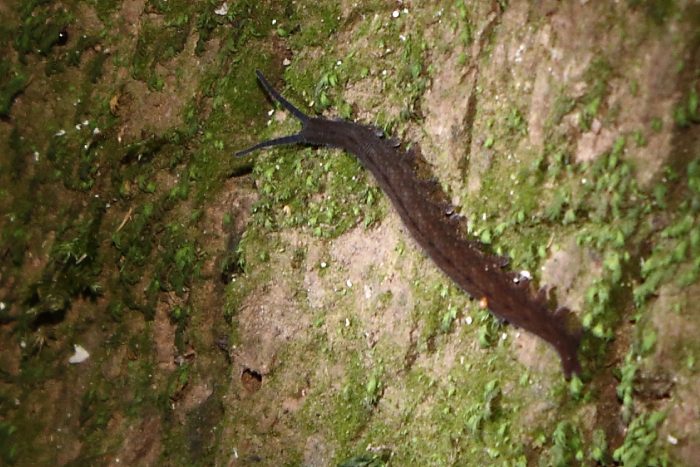 (30 June 2017) Velvet worms are Gondwanian in origin: 500 million years ago, they were the predecessors of insects, spiders and other bugs, while remaining largely unchanged themselves ever since.
They live in colonies of up to 15 individuals ruled over by one dominant female. These soft-bodied night hunters creep around searching for termites and centipedes to snare with lassoes of sticky slime, excreted from glands on either side of its head. Then they will spit saliva inside the prey and let it stew inside the shell while the insect is still alive, essentially digesting the bug before eating it. The dominant female has the meal to herself for up to an hour before the rest of the females and then the males get a look-in. A hierarchy like this has never been found among invertebrates before.
So what about mating? The males will place a spermatophore randomly onto the female’s skin, leading to local breakdown of her skin so the sperm can pass into her body and migrate to her ovaries, where fertilization takes place. She will give birth to live young.
Velvet worms move by the alteration of fluid pressure in the limbs as they extend and contract along the body. Their little stubby feet look like conical, baggy appendages.

Technique
This photo was taken with flash light, hand held. Tripod and use of prolonged lighting with torches was no option because the worm was not positively impressed by my presence. In 250 or so previous night walks we’ve never seen one. So a nice box to be ticked.

My grand daughter Amelie will get hours of pleasure from this book, and is well able to comprehend the prose on her own. Lovely work.
Shannon

This beautifully presented coffee table edition gives a delightful introduction to our mountain paradise with its plethora of interesting and unique fauna and flora.
Warrick Bailey, TM Probus

I don’t just ‘like’ it – I love it! You’ve done a fantastic job with that book!
Irena Kobald

Green Island in the Sky captures a personalised experience of the mountain’s biodiversity. The nocturnal section provides an insight into our wildlife that most people, including myself, will have difficulty experiencing.
Cr. Greg Christensen, Mayor of the Scenic Rim 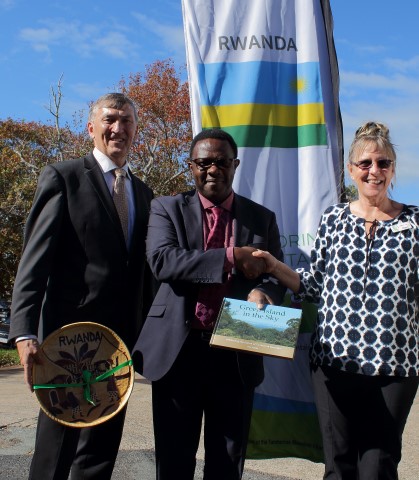 ‘Green Island in the Sky’ is a unique photo book that allows you to take home your memories of this beautiful part of the Gold Coast hinterland.
TM Chamber of Commerce